The purpose of this document is to establish the General Terms and Conditions of Use and Access for the Web Portal “cachetoi-bcn.com” and the liabilities arising from the use of its content, which includes, for example, images, software and texts; brand names and logos, structure and design, access and use.

Any person who is accessing and/or using the Shop cachetoi-bcn.com will be classed as a user or “member” (registered user).

3.1. CLASSIFICATION AS A USER (USER NOT REGISTERED AS MEMBER)

This website is for personal, not commercial, use. The use of this website or any of its content for any commercial purpose or the inclusion of any advertising on another website without having received prior written authorisation from CACHETOI is not permitted.

In general, for access to the general services, it will not be necessary to register as a User. However, the use of certain Services may be subject to prior registration of the User, providing certain personal data required in order to be able to access the aforementioned services.

This registration will take place as expressly indicated in the Service itself. In these cases, the provisions appearing in the “Privacy Policy” will apply.

The User guarantees the authenticity and accuracy of the personal data provided, engaging to keep these duly updated at all times.

The data collected shall be only that necessary to provide the service and shall be used exclusively for this purpose. CACHETOI shall not use said personal data for any purpose other than that for which it was collected without the user’s express prior consent.

3.3. FREE OF CHARGE STATUS OF THE SERVICES

The Services offered to the User through the shop are generally free of charge, except in the case of the acquiring of an item or service online.

3.4. USE OF THE SHOP AND ITS SERVICES

The User acknowledges and accepts that the use of the content and/or services offered by the Shop will be at their sole risk and/or under their exclusive responsibility.

The User agrees to use the Shop and all its content and Services in accordance with the law, morality, public order and these General Terms and Conditions of Use. They agree not to use them to carry out unlawful activities that violate the rights of third parties and/or violate regulations in relation to intellectual and industrial property, or any other applicable legislation.

The User shall use all the information accessed through this portal (data, content, texts, photographs, software, etc.) exclusively for their own needs, and is forbidden from using the services or the materials, texts, images and information obtained through such for commercial purposes, either directly or indirectly.

The User’s obligations include, but are not limited to, the following:

i. Not to insert or broadcast content or propaganda of a racist, xenophobic or pornographic nature, or which justifies terrorism or violates human rights.

ii. Not to insert or broadcast data programmes (viruses and harmful software) on the network that are capable of damaging the computer systems of the access provider, its service providers or third party users of the internet network.

iii. Not to broadcast, transmit or make available to third parties any type of information, element or content that violates the fundamental rights and public liberties acknowledged in the constitution and in international treaties.

iv. Not to broadcast, transmit or make available to third parties any type of information, element or content that constitutes unlawful or unfair advertising.

v. Not to transmit unwanted or unauthorised advertising, promotional material, “junk mail” or any other form of request, except in those areas (such as commercial spaces) that have been exclusively designed for this purpose.

vi. Not to insert or broadcast any false, ambiguous or inaccurate information or content in order to mislead the information recipients.

vii. Not to impersonate other users using their access codes for the various services and/or content of the Portals.

viii. Not to broadcast, transmit or make available to third parties any type of information, element or content that might violate the intellectual and industrial rights, patents, brand names or copyright corresponding to the owners of the Portals or third parties.

The user may view the elements of the website and even print them, copy them and store them on their computer’s hard disk or on any other physical means provided this is solely and exclusively for their own personal and private use.

The use of the texts, images, adverts and any other element included on this website for its subsequent inclusion, total or partial, on other websites is strictly forbidden without prior written authorisation from CACHETOI.

The user acknowledges that all the elements of the shop and each of the services provided through such, the information, texts and images contained in such, the structure, layout and presentation of the content and the tools and computer programmes used in relation to such are protected by intellectual and industrial property rights belonging to CACHETOI.

The user may not remove identifying logos for the rights (of intellectual, industrial or any other type of property) belonging to CACHETOI or the third parties appearing in the Shop and in each of the various Services offered through such.

5.1. AVAILABILITY AND CONTINUITY OF THE SHOP AND SERVICES

CACHETOI does not guarantee the availability, access or continuous functioning of the Shop and its Services.

CACHETOI shall not be liable, with the limits established in current Legislation, for any damage caused to the User as a result of the unavailability, failure to access and lack of continuity of the Shop and the Services thereof.

CACHETOI will be solely and exclusively liable for the services it itself offers and the content directly inserted by CACHETOI. Said liability shall be excluded in cases of force majeure or in situations where the configuration of the User’s equipment is not appropriate to allow the correct use of the Internet services provided by CACHETOI. In any case, any liability to which CACHETOI is subject in relation to the user for any concept shall have a maximum limit of the total amount received by CACHETOI directly from the user with the exclusion in any case of liability for indirect damages or loss of earnings.

Users are informed that, in accordance with the provisions of Spanish Organic Law 15/1999, of the 13th of December, on Personal Data Protection, and Royal Decree 1720/2007, of the 21st of December, by means of which the Regulation that enacts said Organic Law is approved, personal data provided voluntarily by users on the registration form will be incorporated into a file belonging to CACHETOI.

In accordance with said regulation, CACHETOI has adopted the necessary technical and organisational measures to maintain the level of security required in relation to the personal data processed in order to avoid, insofar as is possible, unauthorised access to, theft and loss of the data.

Users have the right to access, rectify and modify their personal data and to cancel the cachetoi-bcn.com service. These rights can be executed through personal modification of the file, via email to daniela@cachetoi-bcn.com.

Before completing the User Registration please read the following information on Data Protection and the Spanish Information Society Services Act.

CACHETOI may, immediately and without prior notice, terminate its relationship with the user, suspending their access to the Portal or corresponding Services, if it detects inadequate use thereof or use that is contrary to the general or specific terms and conditions described in this text.

The User shall be liable for any direct or indirect damages that CACHETOI may suffer as a consequence of their non-compliance with any of the obligations arising from the general and specific terms and conditions in relation to the use of the Shop or any of the Services linked to such.

The user will hold CACHETOI harmless from any sanction, claim or lawsuit that may be initiated by a third party, including any public organisms, against CACHETOI, its employees or its agents as a consequence of the violation of any third party rights on the part of the User through the use of the Shop or the services linked thereto in a way that is contrary to that foreseen in the applicable general or specific terms and conditions.

CACHETOI reserves the right to make modifications as it deems appropriate, being entitled to modify, remove and include new content and/or services and modify the manner in which these are displayed and located.

Likewise, CACHETOI reserves the right to modify the terms and conditions of use of the website at any time. Any modification will be published on the website.

The User guarantees that he or she is over 14 years of age and will be entirely responsible for this declaration. CACHETOI may, at any time, request that the User verify their age by providing the corresponding identification document.

Any issues in relation to the Portal are governed by Spanish law and subject to the jurisdiction applicable to the User’s address. If the User’s address is outside Spain, CACHETOI and the User submit themselves, waiving any other jurisdiction, to the courts and tribunals of the city of Girona (Spain). 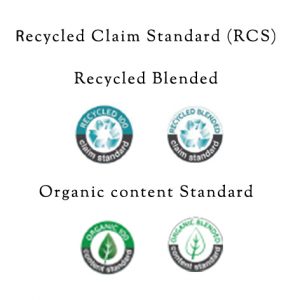 Our new collection is available now in @80_days_ba

✨Our beret collection at editorial for @grazia_m

Our beret collection at editorial for @grazia_maga

✨Our beret collection at editorial for @grazia_m

Nueva collab with @uneconcept You can found it at

🔴SALES 🔴🤩 Hurry up our last designs in fa